Disclaimer: Some pictures used in this post belongs to Innisfree Malaysia, if you would like to see more of their pictures on their Facebook page, click right here. This is mainly because I forgot to take some pictures, and the ones taken by them looks better.

Today I’m going to take you on a trip to my experience at the Innisfree 2nd Inniversary Party. 😸  This happened a while ago, and I had a very great time during the party. I felt that this was definitely something out of an ordinary for a party thrown by a well-known brand. I felt that it was really interactive and really well-planned; however, it is a private party and this would only work with a smaller group of people which is what Innisfree did. So, I’m really happy I’ve got the opportunity to attend the party.

Anyway, let’s just jump into it.

Upon arriving, I had to sign-up and then there was a little finger food bar. So, I waited for my friend and the party to start. 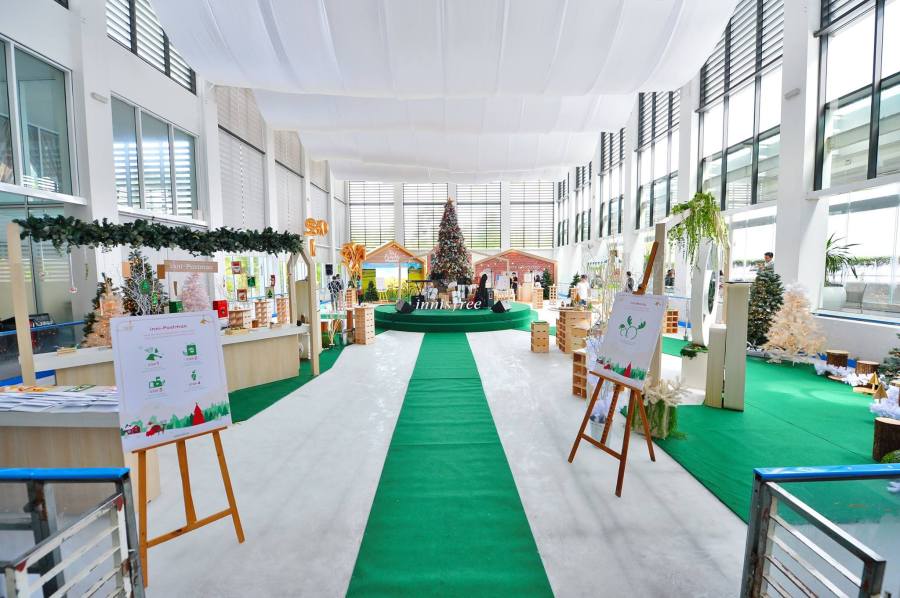 There was a total of five different booths at the party with a center stage. I personally think that the layout was extremely cute alongside the decor and the overall ambiance. However, one major drawback I found was that there were not enough carpets, and I’ve noticed a lot of people falling as the ice melted over time and it got slippery. But, it was still a creative idea to have the party on an ice ring, so I’ll give them that!

Also, at every booth, there will be a photo booth area, which everyone gets to take pictures and collect our DIY calendar for 2017. I thought this was such an adorable idea, I’ll talk about it more below.

My friend (Ashley) and I stopped at the first booth which was to make Christmas cards. There were a selection of three different kinds of cards you can make: Santa Claus 🎅🏼, Rudolph the reindeer, and a Christmas tree 🎄.. Ashley and I chose Rudolph. We collected our sets and moved over to a little stand table which consisted some stationery and got to work on our cards. That’s a picture of the end product of our cards. After making the cards we decided to take a break and have our makeup touched up at the makeup bar. There were a number of makeup artists attending to help us with our makeup. That was also when we took our first photo booth picture.

Upon having our makeup touched up, I noticed that a lot of people had reindeer headbands on. Ashley and I did not have one as we weren’t given a door gift bag when we arrived. So I asked one of the staff, and they immediately gave us a bag each and apologised. So, I was glad I asked or we would have missed out on the door gift bag! We put them on right after, it was honestly the cutest thing ever.

Here are some pictures of us!

Right after this, there was a speech with our Malaysian branch Innisfree director (I think) who thanked us for coming and blew out candles on a cake for Innisfree. There were also some performances by a little choir team and some other people, it was all good.

Ashley and I then moved on to their snack bar where they served some popcorn and biscuits froze using nitrogen gas. I’ve tried this before in one of the night markets near my house but I didn’t really like it particularly as the biscuits they served seem a pretty tasteless. But, the one in Innisfree tasted much better and I actually really liked it! It was cold, obviously, but they definitely taste good. 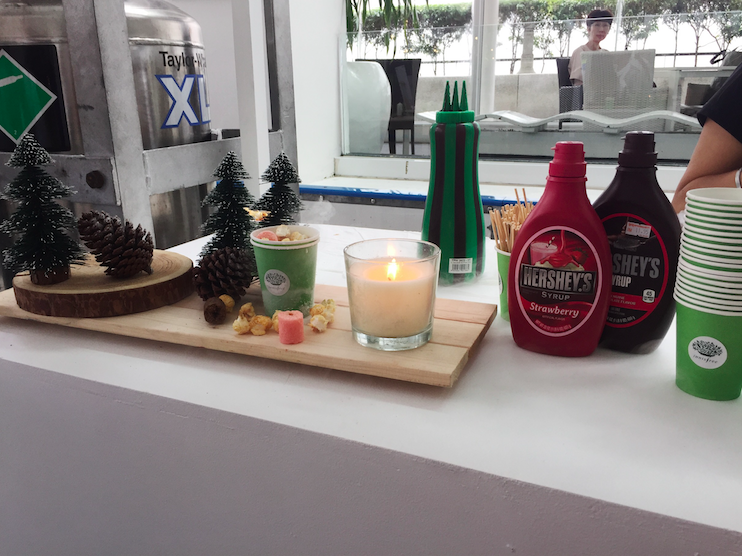 After eating, we moved to the Santa’s workshop station where we made a snow globe. There were also three types of designs to choose from, and again, I had to chose Rudolph, just because it was so cute. 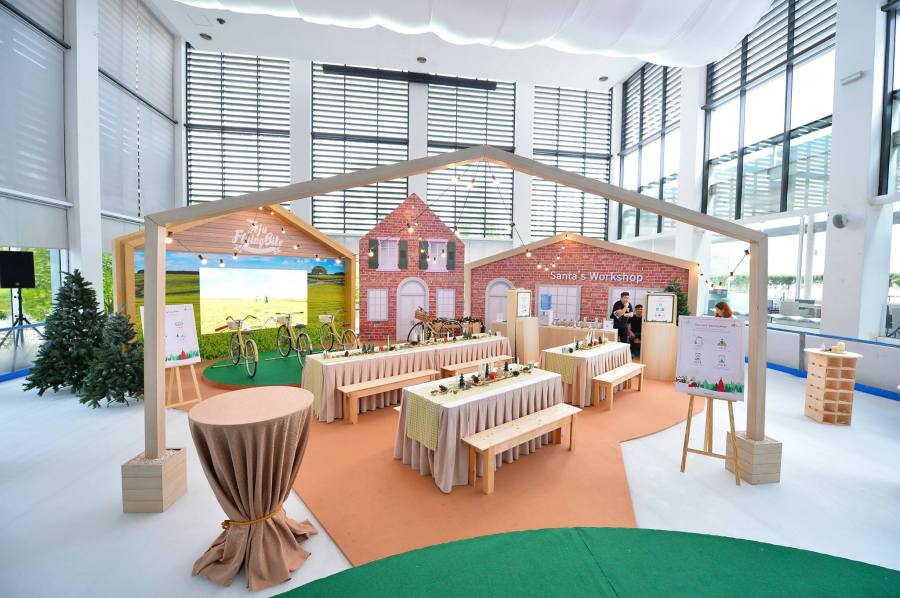 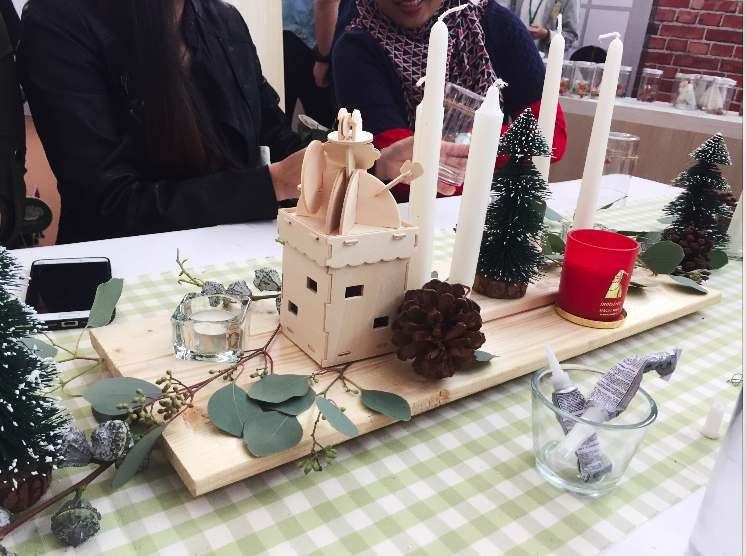 In the last picture, those are my hands and the Rudolph snow globe I was working on! All in all, it was extremely cute. I don’t have any more picture though as I totally forgot to take some during this time. 😅

We took our photo booth picture there and moved on to our final stop: the virtual reality (VR) bicycle ride!

I’ve never tried on the VR headgear before, so this was my first time, and it was definitely an experience. Basically the storyline of the VR journey is travelling around Jeju island, you fly in the air and go down into a sea. I have a pretty bad fear of highs, so it scared it a little. It was really immersive and, I enjoyed it.

Oh! Going back to the DIY photo calendar, here’s the end result of mine. 😸

Don’t you think it’s so adorable? I really love the prints of it. I’d definitely be keeping them in my planner for next year!

See you in the next one!

My name is Sylvia and I like writing about beauty products to give you insight of what I think of them and other lifestyle topics.